The 13 survivors in one lifeboat were picked up by the British steam merchant Glen Orchy.

The other two lifeboats with bodies were later found adrift and some bodies were washed ashore on the French coast. 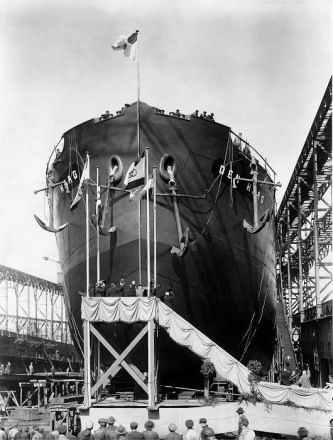 Launch of the Den Haag on the 4th April 1925, at the shipyard of Friedrich Krupp A.G. Germaniawerft, Kiel