In 1782, construction started on a 56 gun warship at the Admiralty shipyard in Delfshaven, the Netherlands. In May of the next year, the Delft was launched as a ship-of-the-line of the 4th charter, with two gun decks and a copper plated hull. In the fourteen years of her existence, the warship was mainly used for escorting large convoys of East and West Indiamen. However, she was also deployed in several missions to North-Africa, where the Delft was involved in the freeing of 75 Dutch slaves from Algeria.

When The Netherlands was conquered by the French in 1795, the new Batavian government fired all patriotic marine officers. Fearing that the Delft might be used against them, the rulers decided to have the warship unrigged and stripped of its armament. Mere days later, the ship was made ready for battle again, as the threat of a British invasion became imminent. However, the Delft did not see action until 1797, when the warship was involved in the Battle of Camper down under command of Captain Gerrit Verdooren van Asperen. The battle resulted in a dramatic loss for the Batavian Republic and left the Delft severely damaged. 135 of the ships 375 crewmembers lost their lives. As the Delft was being towed away by the English as a prize, the ship sank in the rough waters of the North Sea on October 15th, 1797.

Discovery
On a summer afternoon in 1977, Dutch fisherman Maarten Letsch was trawling in the North Sea, 22 miles Northwest of Scheveningen, when he felt a shock coming from one of the nets. To his surprise, the net he hauled in not only yielded fish and crabs, but a rusty iron cannonball and a piece of wooden wreckage as well. When he later brought SIRENE - a local dive team - to the spot, his suspicion that he had stumbled upon an historic shipwreck was confirmed. With help of the divers, he was able to lift a cannon from the wreck.

The bronze six-pounder was found to have been cast by J. Maritz in the Hague in 1783 and beared the emblem of the Netherlands States-General. When Letsch reported the find, the Kingdom of the Netherlands claimed ownership of the piece, and Letsch received a finders reward. In 1979, the Netherlands granted a salvage contract to the dive team, who continued to lift another two cannon and over 200 items from the wreck in the decades that followed. Most of these ended up in private collections. 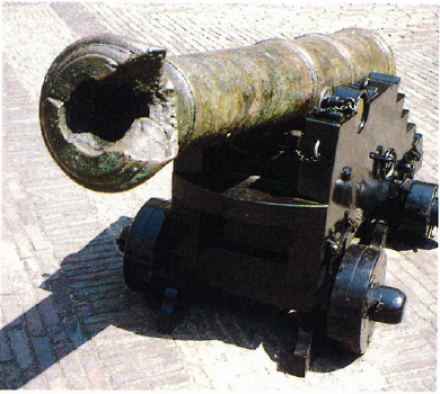 The bronze cannon that was lifted from the wreck in 1977 was eventually sold to the Maritime Museum (Scheepvaartmuseum) in Amsterdam. The damage to the barrel is most probably the result of a close range 48 pound cannonball shot. (Fischer 1997).

While the finds clearly pointed towards a late 18th century Dutch origin of the wreck, the identity of the warship had remained unclear for several years. To find out more about the ship, SIRENE involved the Maritime Museum (Scheepvaartmuseum) in Amsterdam in the project. The archival research that followed revealed that only one Dutch warship was known to have sunk in the North Sea in this period: the Delft. Furthermore, the position where it was reported to have sunk closely matched that of the wreck site.

More evidence in favor of this identification was provided by a piece of rock found at the wreck site. According to Navy documents from 1797, the Delft was the only remaining ship owned by the state to have marble on board. Petrographic analysis of the rock showed that it was indeed a piece of marble. 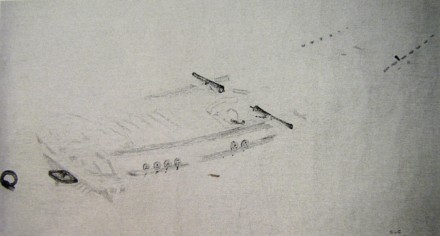 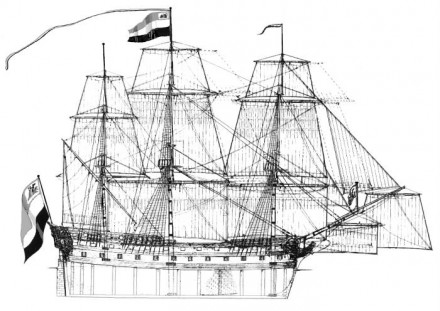 Construction drawing of the Delft (Rotterdamswelvaren.nl).

In 1983, Archaeologist G.J. Van Gortel of the Maritime Museum participated in a dive on the wreck. He reported seeing fragments of the upper deck and the cabin sticking out from the sand dunes and various structural lying around the site, at a depth of around 25 m.On the deck he encountered several cannon mounted on carts, a fire hose and parts of a pump.

In 1997 the predecessor to the Dutch Cultural Heritage Agency in conjunction with the Dutch Ministry of Infrastructure and the Environment conducted a survey of the Delft wreck site. The wreck area was mapped using side-scan sonar, a sub-bottom profiler and remotely operated vehicles. This showed that parts of the wreck were dispersed over an area of 50 m2, and that two thirds of the wreck itself laid buried beneath the sand. Later that year, members of SIRENE performed detailed measurements of the wreck parts. The results have however not been published and no further research has been done on the site.

Although practically all of the Delft's constructional features now lie buried beneath the sand, the wreck has remained a popular diving spot ever since its discovery. In September 2001 the keel was laid for a life-size reconstruction of the famous warship in Schiedam. Construction is still ongoing and the whatf is open to the public. Several items that have been lifted from the Delft can be found there on display as well. 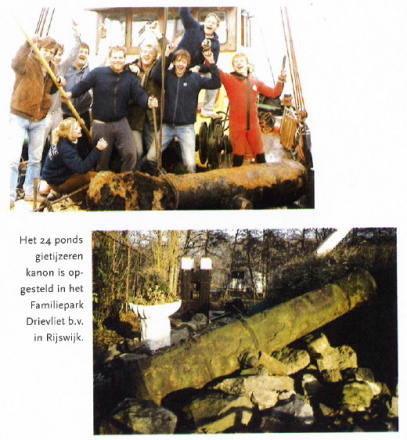 Another 24 pound iron cannon that was lifted from the wreck has ended up at a holiday park in Rijswijk, the Netherlands (Fischer 1997).

A Dutch saber with copper handle and leather sheath collected at the wreck site (Fischer 1997). 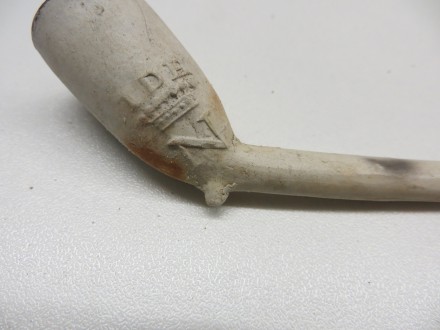 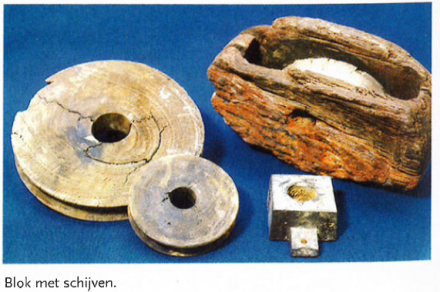 A block and other constructional features salvaged from the Delft (Fischer 1997).