The wreck of this 13th-century cog – a spacious transport vessel – is exceptionally well preserved. However, it is endangered by human activities such as net fishing and sports diving. It is also in jeopardy because of the shipworm (Teredo navalis).

The Darsser Cog was 23 metres long and it was built of oak. It is dated to the late 13th century by dendrochronology (between 1277 and 1293). The analysis of the wood samples from the planks leads us to assume that the ship was built in the region of the Weichsel estuary. 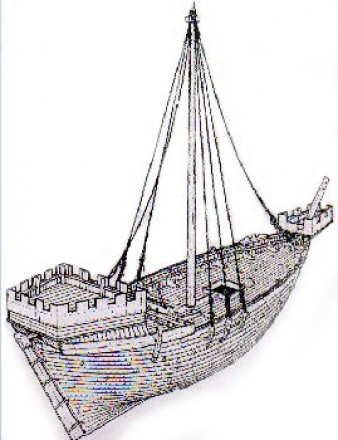 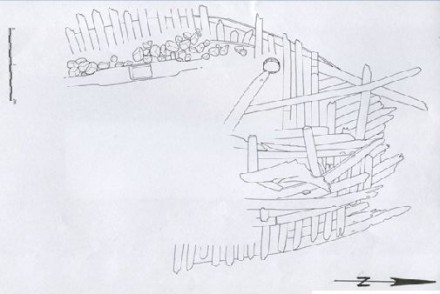 The Darsser Cog shares several construction details with the well-known Bremer Cog. As such, it is an important indicator of changing shipbuilder traditions of the 13th century in the Baltic area. More influences from the North Sea area came into the Baltic sea, such as the flat, carvel-technique-built hulls – as in the Darsser Cog. 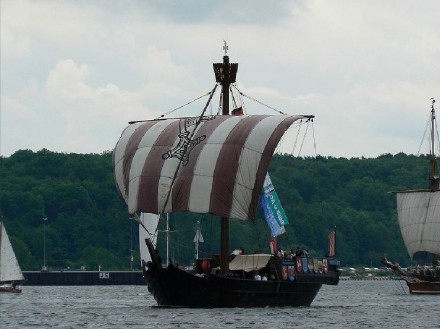 A replica of a Cog (The Bremer Cog).

The cargo of the ship consisted of roof tiles, Norwegian whetstones and pieces of antler, which give a good picture of the trade in the early phase of the Hanseatic period. In addition to these, parts of the crew's equipment have been found in the wreck and its surroundings, which probably will give detailed information about the standard of seafaring techniques in the 13th century. 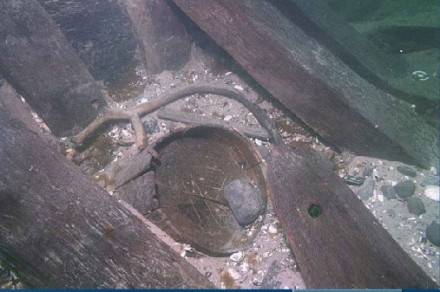 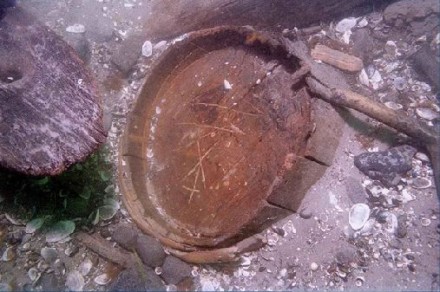 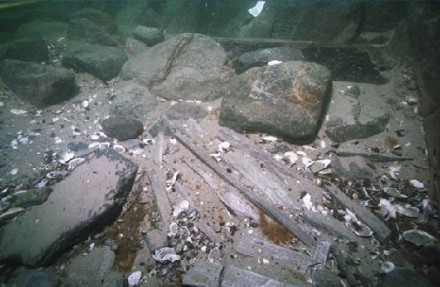 The wreck was covered by silty sediment shortly after its sinking, which is the reason for the relatively good state of preservation through the centuries. Especially the starboard side is embedded in silty material, and 14 planks of this part of the ship are preserved. In other words, the starboard side is nearly complete. The keel, the stem, and parts of the deck beams are preserved as well.

The Darsser Cog gives us a great opportunity to get information about the constructional details of a ship of this kind. 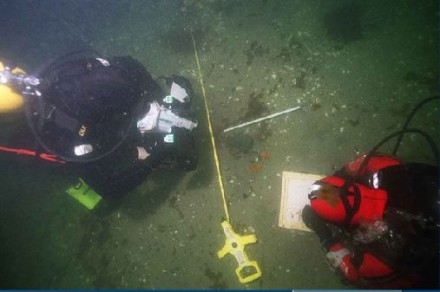 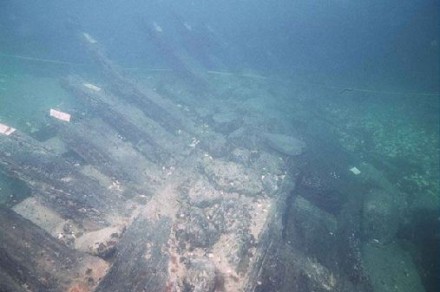 The ship' flat bottom is characteristic of the Cogs of the North Sea area (source: MoSS project). 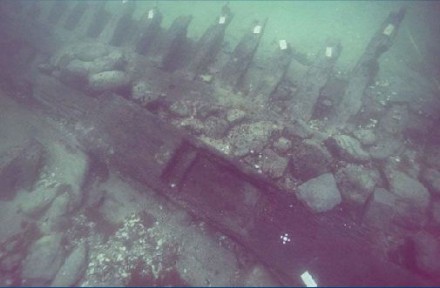 The port side of the cog. 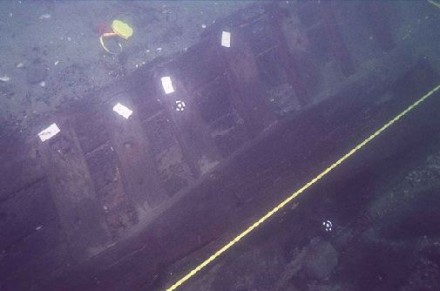 The starboard side is completely preserved (source: MoSS project). 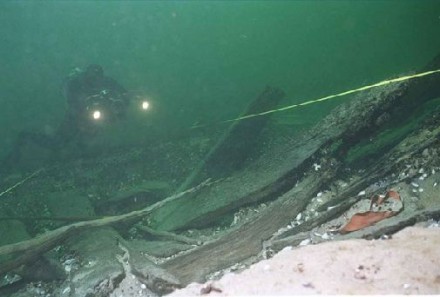 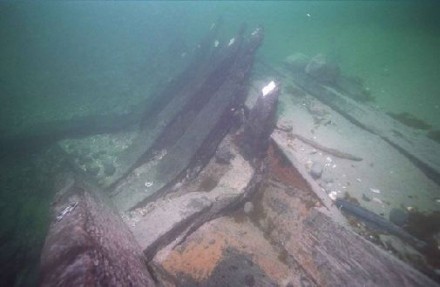 The forward quarter with the keel/stem construction and the first frames (source: MoSS project).

The wreck was well preserved up to the mid-1990s, but now it is endangered by the shipworm Teredo navalis. In 1993, the shipworm entered the Baltic Sea when a big amount of North Sea salt water passed the Store Belt. Teredo navalis adapted rapidly to the new ecological surroundings and started to reproduce. The worm has now reached the island of Rügen which means that the Darsser Cog is situated on the eastern border of the shipworm area. 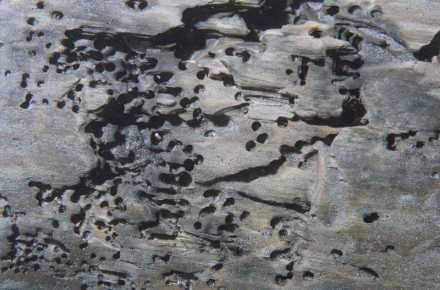 Damage of the shipworm on the Darrser Cog (source: Machu).