In 1906, a new 45-meter-long, T-shaped pier was constructed in front of the weighing house for the export of cotton, sisal, and trass, a type of pumice that was used in the production of mortar from the White Wall area (Hartog 1976:106). The pier rested on metal posts, had a wooden deck, and a staircase on its southern end. At some point in time it was reinforced with concrete at its base, but the exact year this was done is unknown. 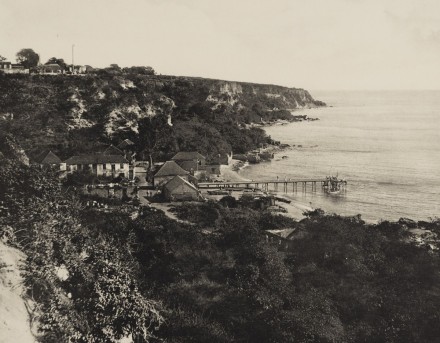 The pier and Lower Town in 1910 or shortly after. At this time, the stone docks had already been destroyed by the sea. Source: private collection, St. Eustatius resident. 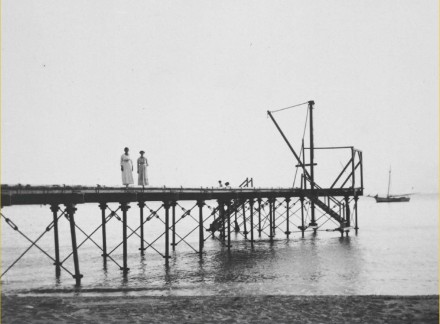 The pier made it easier for vessels to load and offload goods as they did not have to go through the swells and onto the beach anymore. The end of the pier, however, was still fairly close to shore in shallow water, so vessels using the pier were often affected by swells too. To tackle this problem, a 23-meter-long extension of the structure was planned, but this project never came to fruition (Grol 1921:161). 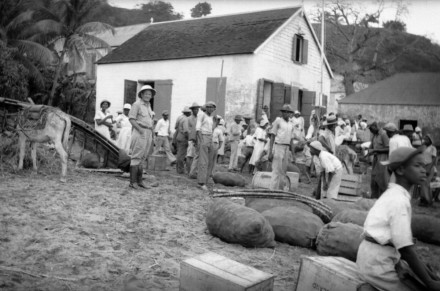 People picking up newly arrived goods at the customs office (the old weighing house) in 1928. Photo courtesy of June Bolton.

The pier fell into disrepair after 1935, when the export of trass came to an end. The area around the old weighing house remained the focus of the island’s import and export until well into the twentieth century. This was the place where people came to pick up imported goods. The pier has remained a unique Statian landmark until the present day. 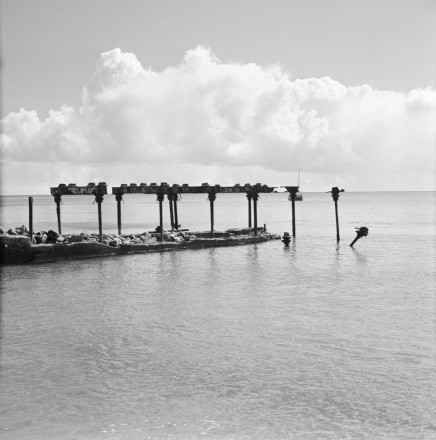 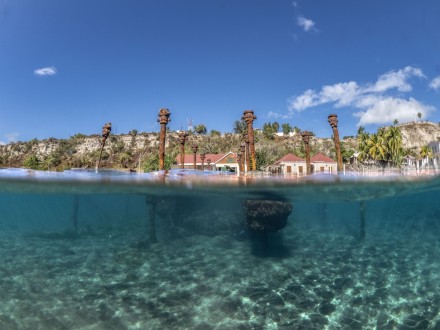 Split shot of what remains of the pier in 2019. The old weighing house can be seen behind on the left. Source: The St. Eustatius Center for Archaeological Research.