In the North sea north of Vlieland a shipwreck was found during the salvage of containers, that were lost by the MSC Zoe on the night of 1 to 2 January 2019. The remains are of a Dutch wooden shipwreck dating to the first half of the 16th century. 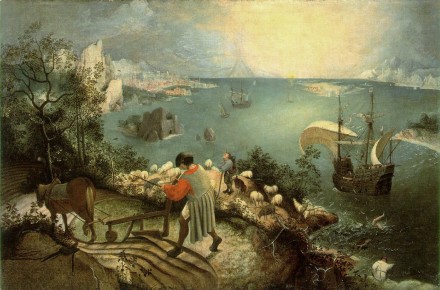 The fall of Icarus with the depiction of a (Dutch) Carrack ca. 1550 by Pieter Breughel the elder.

Copper plates, wooden frames and planks were found during the salvage operation. With a group of specialists the wood and a cargo of 4700 kg of copper plates was investigated. Dendro analysis dated the wood to ca. 1536. And that makes it the oldest shipwreck found in the Dutch part of the North Sea. 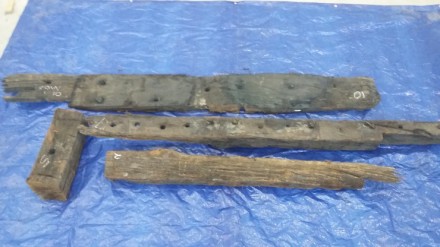 Wooden parts of the shipwreck.

The ship was probably ca. 30 x 7 m and was carvel built. Meaning that hull planks are laid edge to edge and fastened to a robust frame, thereby forming a smooth surface. In this way much bigger vessels could be built than with the conventional lap strake (clinker built) method.

This new way of building bigger ships was still in full development in the 16th century. These ships were called carrack (Kraak) and was developed on the Iberian Peninsula from the caravels. A three mast system was developed to deploy more sailing power.

The new carracks were perfect for long distance voyages. The age of great sea voyages started with the carrack in 1519 when Magellan set out to circumnavigate the earth. The development of this type of ship was a major maritime stepping stone. 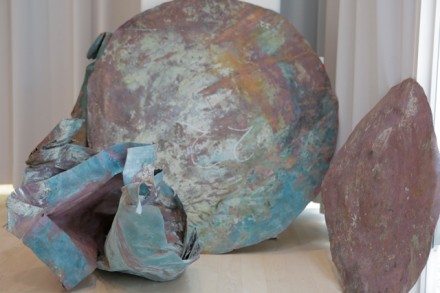 Part of the cargo that consisted of 4900 kg copperplates  (picture RCE).

A part of the cargo is salvaged The cargo of copper plates is also special. About 5000 kg of copper is thus far being salvaged. On the plates are marked with the sign of the well know Fugger family. The Fuggers were German bankers and one of the most influential families of Europe at the time. They owned coper mines in Bohemia in what is modern Slovakia. Probably they made use of Dutch shipping to bypass the Hanseatic league. 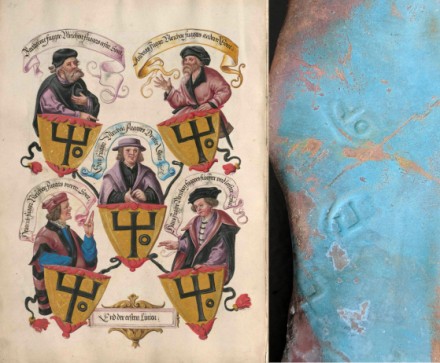 Left: the Fuggers with their distinctive 'logo'. Right: the logo depicted on the copper plates.