The Burgzand Noord 9 (BZN 9), a seventeenth-century armed merchantman, was recorded for the first time in 2007. The wreck was found in the 1990s and investigated in 1998. The sediment layer in the wreck area eroded approximately 5 metres between 1850 and around 1985. Subsequently, the area has remained fairly stable, but from 1995 on the area began to erode yet again, by another 1,5 metres. Over the last couple of years, sedimentation and erosion seem to be fluctuating irregularly, with some net sedimentation in recent years, but more pronounced individual wreck parts visible on site. 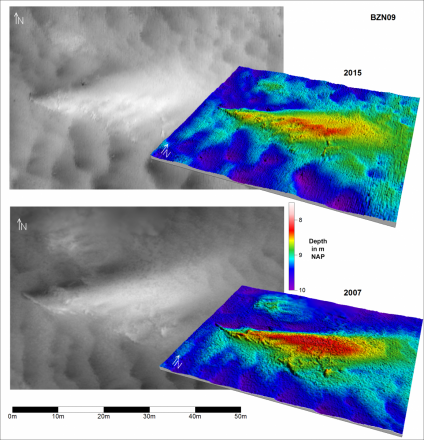