The Burgzand Noord 13 (BZN 13) wreck, a seventeenth century shipwreck (board) was recorded for the first time in 2012. The multibeam recording from December 2013 showed that the gully to the north of the site had sanded in. This process had continued in 2014 and the area was flattening out. The resolution of 2015 was lower than the other multibeam recordings, but seemed to show the same flattening out of the surrounding area. 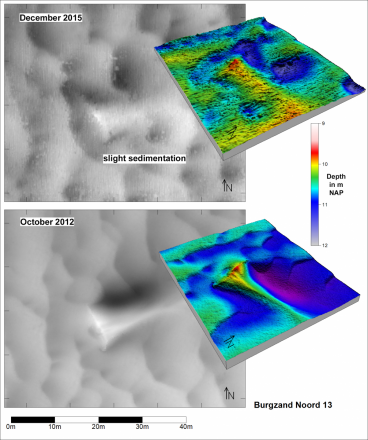