The Burgzand Noord 12 (BZN 12) wreck, a seventeenth-century merchantman with a heavy cargo of bricks, was recorded with multibeam for the first time in October 2012. After three years of monitoring (December 2013, 2014 and 2015), little difference in seabed morphology could be seen. The wreck is also known as the 'Gele stenenwrak' (Yellow stone wreck). 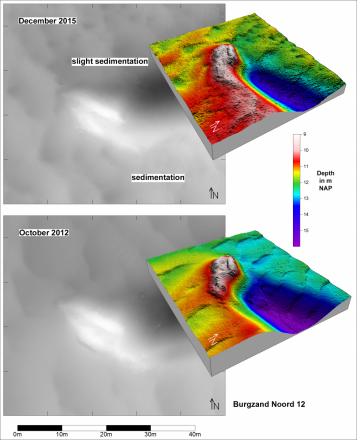