The Bredenhof sailed as a merchant vessel for the Dutch East India Company (VOC) between Patria and the East Indies in the mid-18th century.

She was lost on the 6th of June 1753 off the coast of Mozambique when she became caught in currents and struck a reef. She was making her third voyage to the east, and was bound for Ceylon and Bengalen to trade her cargo of silver for spices. Bredenhof had just begun her journey to the east from the Cape of Good Hope when she ran into treacherous waters and struck a reef.

By order of the captain, Jan Nielson, the ship's silver bars were thrown overboard to prevent the crew from plundering the ship. The gold carried on board was saved, however. At the time, Bredenhof carried between 230-251 men, who formed separate groups in an attempt to reach land in rafts. Only half of the crew made it alive. Most of the remaining men eventually made it back to the Netherlands on other Dutch ships. 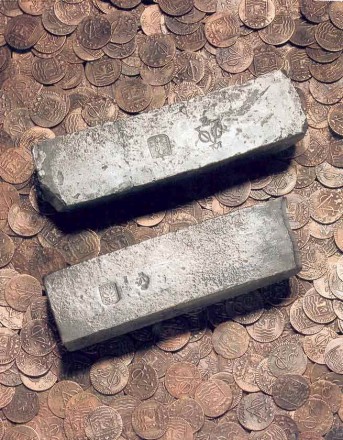 Although efforts were made to recover the lost silver as early as the 1750's, the wreck site wasn't discovered until 1986. The site was discovered in the Mozambique channel and excavated by an international dive team led by Ernst Klaar and Gavin Clackworthy.

The team collected the silver from the site as well as 14 barrels of copper coins, 5,000 golden ducates, 15 cannons, and 5 anchors. Items found during the excavation were sold at auction in Christie's in Amsterdam. 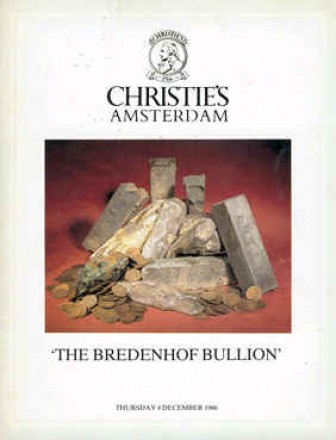 Picture from the Auction at Christie. 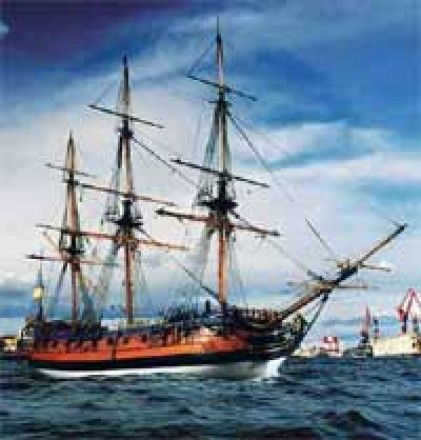 Example of an East Indiaman