The Brak (Dutch for hunting dog) was launched as a brig, a small warship, for the Admiralty of the Maze (Rotterdam), the Netherlands, in 1781. The ship served in the Mediterranean at the French port of Toulon (1781-1790). 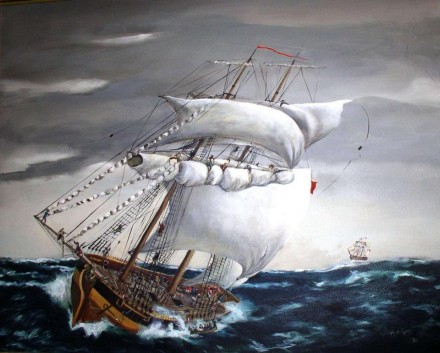 From 1790-1794 she was in the Caribbean, where she was present at the defence of Willemstad (Curaçao) against the French in 1793. By late 1794 she was ordered to escort a convoy of East Indiamen to the Dutch East Indies (Indonesia).

While the ship was on her way to England, the French invaded the Netherlands and proclaimed the Batavian Republic. As a client state to France, the Netherlands were suddenly at war with Britain, and upon the convoy’s arrival at Falmouth the Royal Navy seized the 26 merchantmen and six warships, including the Brak.

The Brak was refitted as a brig-sloop with new short-range carronade guns by the Royal Navy and taken into service as HMS Braak. In March 1798 the ship was assigned to escort a convoy to the Virginia Capes. Whilst sailing off the Azores, however, the ship became separated from the rest of the fleet. Towards the end of April, the Braak encountered a Spanish merchantman and captured her. With some £160,000 in prize money on board, the Braak duly arrived in Delaware Bay on May 25. Shortly after its arrival a strong and fierce wind tipped the ship. The Braak sank with 35 crew members and twelve Spanish prisoners. 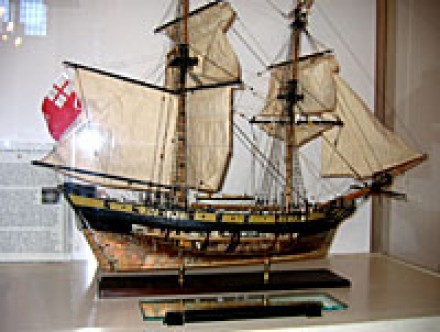 Ever since the Braak’s demise, it has been the subject of rumours concerning the amount of treasure the vessel carried when she sank. As time passed, more than 30 attempts to locate and salvage the wreck met with much publicity and great failure. When the wreck was located by Harvey Harrinton's Sub-Sal Inc. using sonar equipment in 1984, it became the focus of a two-year salvage effort that produced some 26,000 artefacts, including ship fittings, various weapons, combs, dominoes, shoes, compasses, syringe, organic elements such as beans and a lot of other items – including a gold ring belonging to captain Drew. 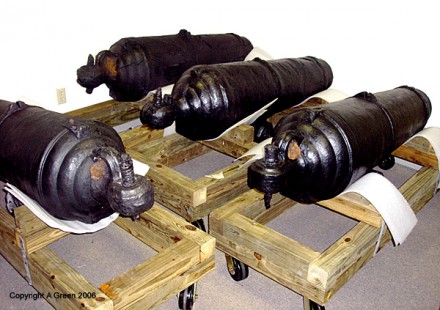 The salvage efforts were heavily criticized by maritime archaeologists, for their disregard for proper archaeological methods and for their discarding of anything not considered financially valuable. Hoping the booty was tucked in the hull, the salvage directors even decided to lift it to the surface, causing considerable damage to both the object itself and the parts of the wreck that remained on the seabed. Although the treasure the salvagers were looking for was never found, the recovered items were sold to the state of Delaware for $300,000, considerably less than the cost of the salvage attempts. Some of the items have ended up in museums, but most are kept in storage due to a lack of exhibit space. The treatment of the wreck of the Braak, and of many others like it, was a contributing factor to the passage of the Abandoned Shipwrecks Act of 1987. 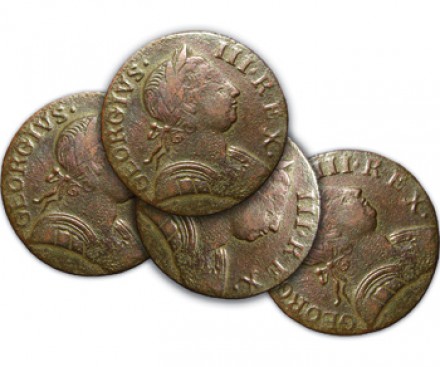 The Braak was built as a brig-sloop, a small warship, in Rotterdam, the Netherlands (1781). It was bought in the same year for the admiralty Rotterdam Maze. In 1795 it was brought into the British Royal Navy as HMS Sloop-of-War Braak, and re-rigged as a brig and rearmed with carronades.

The carronade gun was designed as a short-range gun for merchant ships by Carron & Co ironworks in 1759. They were nicknamed smashers. A carronade was much shorter and a third to a quarter of the weight of an equivalent long gun. A carronade was effective on short range and used less gunpowder than long guns. The reduced charge allowed carronades to have a shorter length and much lighter weight than long guns. Increasing the size of the bore and ball reduces the required length of barrel. The carronade was typically mounted on a sliding gun carriage rather than a wheeled gun carriage, and elevation was achieved with a turn screw, like field guns.

A ship could carry more carronades and of a larger calibre than the traditional long guns. Carronades could be mounted on the upper decks, where heavy long guns could cause the ship to be top-heavy and unstable. Carronades also required a smaller gun crew (normally six now three), which was very important for merchant ships. They were also faster to reload. 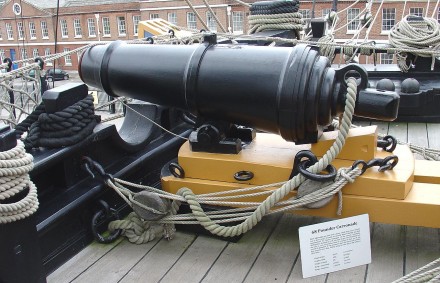 In 1984 when Harvey Harrington's Sub-Sal, Inc. raised a cannon, an anchor, and a ship's bell bearing the name ‘La Patrocle’ Sub-Sal became legal custodian of the wreck on behalf of the US District Court and with a one-year lease began working round-the-clock to retrieve as much as possible from the site. With almost total disregard for archaeological practice, divers tagged a portion of what they recovered and disposed of anything they considered worthless, including human remains, a rare stove, and objects too small to warrant their consideration.

The approximately one third of the ship’s hull that was lifted in the 1980s, including the keel, keelson and framing elements of the lower hull and a large section of the starboard side, has largely been preserved. In order to do so, conservation efforts from the very start required that the hull be kept continually hydrated by spraying it with a fine misting of water. Remedial actions that were completed in 2012 included the construction of an improved support-system to contain the hull and the addition of a water-filtration system to regularly clean the water used to keep it wet. These improvements made it possible, for the first time, for visitors to view the remains of the Braak.

The way the hull and artifacts were raised from the bay lead to heated discussion between archaeologists and salvagers. The treatment of the wreck of the Braak was a contributing factor to the passage of the Abandoned Shipwrecks Act of 1987.

The Braak is now owned by the US state of Delaware and on exhibition in the Zwaanendael Museum in Lewes Delaware. 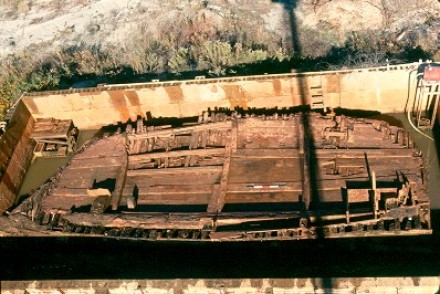 A view of the hull from above. This aerial image was taken in the 1990s, before it was moved to its current home (source: Filey Bay Initiative). 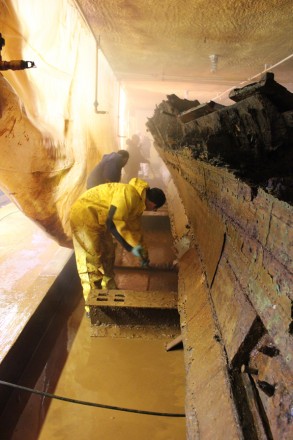 Conservation work on the Braak’s hull has only recently been completed (source: Filey Bay Initiative).