Banda was a merchant vessel that sailed for the Dutch East India Company (VOC) during the early 17th century. On her second homeward voyage, Banda left Bantam on 27 December 1614 as part of a fleet of four ships. The three other ships in the fleet were Delft, Gelderland and Geunieerde Provincien. The commander of the fleet was Dutch Admiral Pieter Both. On the night of 5 March 1615, the fleet was hit by a hurricane, and Banda struck a reef near Mauritius, while she was seeking shelter in the bay of a river. 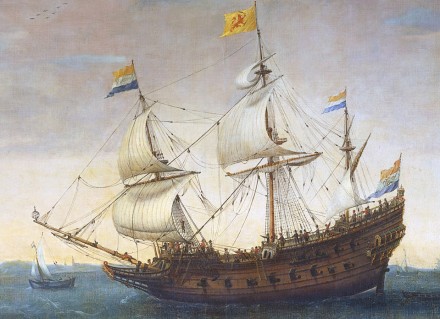 Detail of the painting "departure from Texel". Depicted is Mauritius by C. Vroom.

30 deaths were reported, among them the fleet commander Pieter Both. Two other ships of the fleet were lost and only Delft made it back to the Netherlands. This was a significant loss for the VOC and led to the naming of the highest peak of the island after Pieter Both, the Pieter Bothsberg. 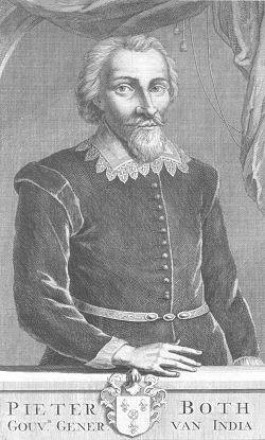 Pieter Both, gouvernor general of India and commander of the fleet which included Banda 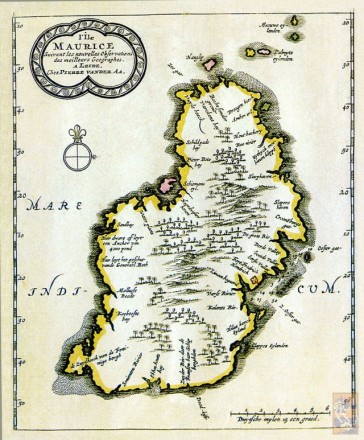 The Banda was a fluyt built in 1699 in Amsterdam. It belonged to the Amsterdam Chamber of the VOC. It had between 75-90 souls on board.

The wreck of Banda was discovered in 1979 by a French team. After the discovery, a contract regarding her salvage was made between the Dutch government and R. Cowan, who later wrote an article about the ship. Some artefacts retrieved from the wreck site included gold, coins, porcelain and cannons. The recovered artefacts were later sold at auction, and some are displayed in the National Museum of Mauritius. Among the artefacts was a marine astrolabe, an instrument used to measure longitude. It was a rare Portuguese item bearing the year 1568, making it the third oldest known Portuguese marine astrolabe.

The Dutch are not recognized as the owners of the wreck, which is currently controlled and maintained by the Mauritian ministry of culture. The site is protected by law but is threatened by natural erosion, coral overgrowth, diving, and tourism. 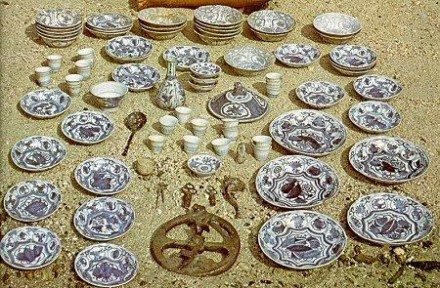 Artefacts from the Banda.

The mariner's astrolabe, also called the sea astrolabe, was an inclinometer used to determine the latitude of a ship at sea by measuring the sun's noon altitude (declination) or the meridian altitude of a star of known declination. Not an astrolabe proper, the mariner's astrolabe was rather a graduated circle with an alidade used to measure vertical angles. They were designed to allow for their use on boats in rough water and in heavy winds, which astrolabes are ill-equipped to handle. In the 16th century, the instrument was also called a ring.

The earliest known description of how to make and use a sea astrolabe comes from Martín Cortés de Albacars Arte de Navegar and was published in 1555. 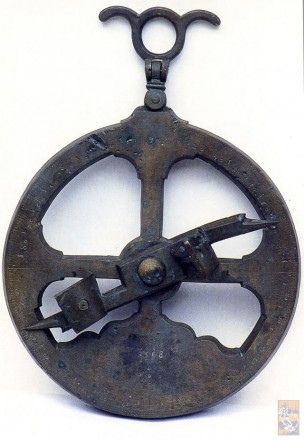