The combined return fleet from Batavia to Holland sailed ('achterom')  by Ireland and Norway because of the second English war. The English Chanel was blocked. 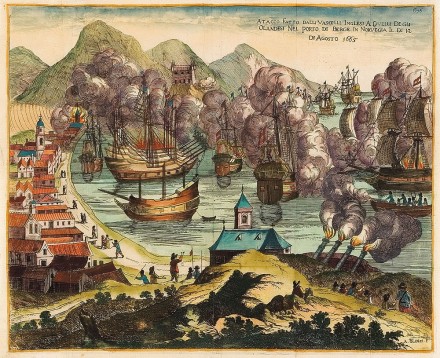 The battle in the Bay of Bergen in August 1665.

Not all ships made it home. After the departure from Bergen two ships were taken by the English. The Amstelland returned to Bergen on 16-09-1665. On 25-10-1665, the ship was wrecked east of Terschelling. It's cargo was salvaged.