The first outward journey began on December 10, 1655. De Achilles made three return journeys between 1655 and 1666. After that, the ship continued to serve in Asia. i.a. on the way to Japan. In 1667 she sailed twice from Batavia to the Cape Colony to supply it. 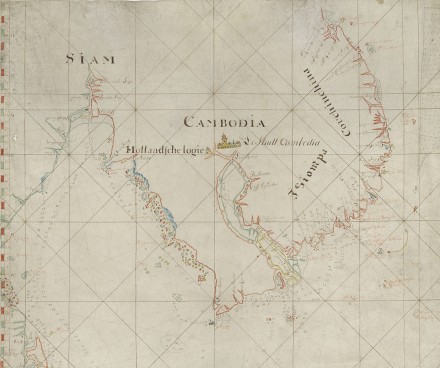 This map shows both Siam and Cochin China (Vietnam). The island Champello is on the top right corner of themap. North of the island the Achilles was wrecked

cargo
On 29th may 1669 The Achilles was in Siam (present day Thailand) to take cargo destined for Japan. The cargo consisted of:

Deer skins and sappan wood were important exports of Siam.

Last trip
The Achilles departed Siam on 5 July but never arrived in Japan. She took water on the island of Champello (Cu Lao Cham, Vietnam) after July 27. The ship departed from there about August 12. She ran into a storm then, or a few days later on August 20, and was wrecked. De Eendracht, who had come into the storm from Japan at the same height, had seen a ship's bow drifting into the sea.