In 1984 the wreck was discovered by fishermen in the North Sea just west of the Island of Texel. Commercial salvaged of the wreck was considered. But archaeologist convinced authorities to perform a scientific excavation.

Discussion if the wreck should be considered an economic asset or cultural heritage made it possible to change the Monument Act in Holland. From 1988 maritime heritage is incorporated in the Monument Act. In 1985 it was decided to excavate. Aanloop Molengat was the first underwater excavation in The Netherlands. The excavation ran from 1985 to 1999.

The ship was a big merchant vessel with part of the anorganic cargo preserved.

The wood for the ship came from West Falen (D). The ship was probably built in Holland after 1626 (felling date of wood sample). Lead seals were dated 1635, indicating the ship sank after 1635.

The cargo consisted of many things and probably derived from Amsterdam.

The cargo seems to be intended for war production. 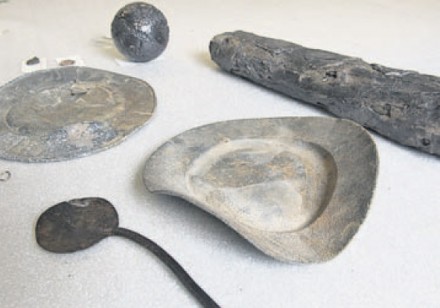 Metal items from the wreck.

From 1985 untill 1999 the first underwater excavation in The Netherlands was performed on the wreck Aanloop Molengat. 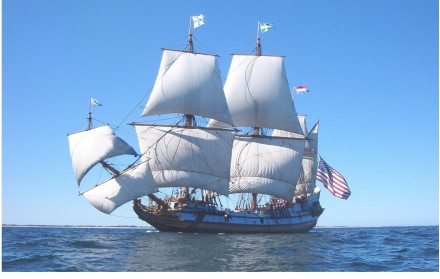 Part of the keel and bottom are preserved.